As the national capital scrambles to kerb a worrying increase in new cases over the past few days, Chief Minister Arvind Kejriwal stated Sunday that there would be no Covid shutdown provided people follow procedure – wear face masks in public and keep social distance.

“There’s no need to freak out… just be responsible. We don’t want to impose a lockdown right now… we want to keep restrictions as low as possible so that the general public isn’t inconvenienced. We will examine the situation again at a DDMA (Delhi Disaster Management Agency) meeting tomorrow “he stated

People should also get vaccinated as soon as possible, according to the Chief Minister.

Mr. Kejriwal also stated that he had recovered from a Covid infection he acquired while campaigning for the Uttarakhand election next month. “Following recuperating from Corona,” he stated, adding that he had self-isolated at home after a two-day fever.

The Omicron variety, which is more infectious than the Delta strain, is contributing to the fresh wave of illnesses. It causes lesser symptoms, but physicians caution against taking it lightly.

According to experts, the milder symptoms created may be offset by the large number of instances recorded, putting undue strain on hospital systems.

In addition, this wave has resulted in the positive testing of over 300 physicians and medical workers in Delhi.

The Delhi government has decided to expand the number of accessible hospital beds (normal and ICU) in anticipation of more cases, according to Health Minister Satyendar Jain.

“The Delhi administration is prepared to cope with any circumstance that arises. The Delhi health system is well equipped to avert the outbreak and give prompt care to all residents of the city “he stated. 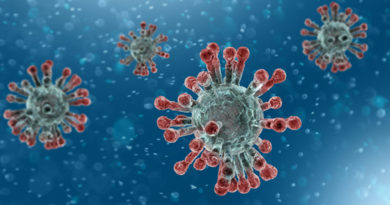 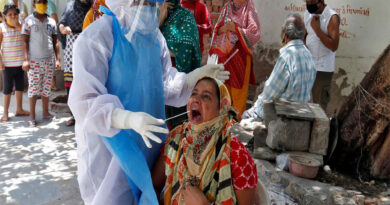