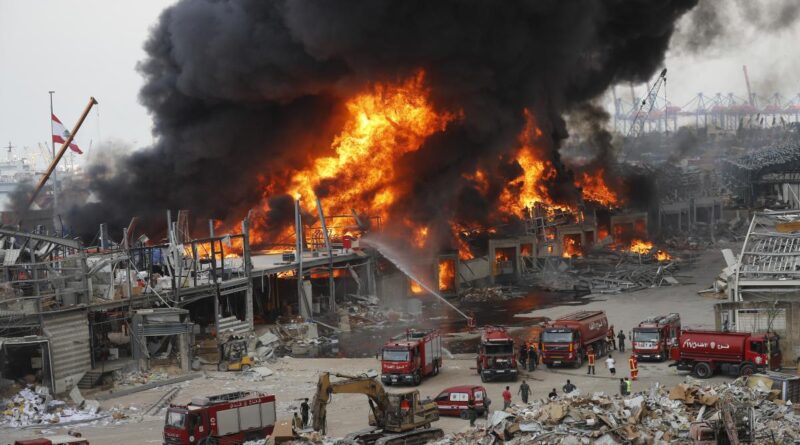 The blaze comes just over one month after a massive explosion devastated the city. 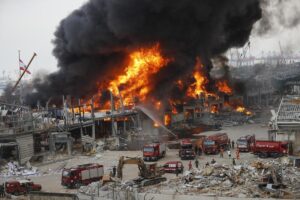 A store of oil and tyres at Beirut’s port has burst into flames, a little more than a month after a massive blast devastated the port and surrounding residential area of the Lebanese capital.

The army said it was not immediately clear why the oil and tyres had erupted in flames on Thursday and said it was sending helicopters to help bring the fire under control.

Television footage showed a helicopter dropping water on the blaze.

There were no immediate reports of injuries.

Insane fire at the port, causing a panic all across #Beirut. We just can’t catch a break. pic.twitter.com/PtdHehPlz0

The blaze erupted in the duty-free zone of the port, sending a huge column of smoke above a city still traumatized by the explosion on 4 August that killed about 190 people and injured 6,000 people.

A picture shows smoke from a huge fire raging in Beirut port on September 10, 2020. – Thick black columns of smoke rose into the sky, as the army said it had engulfed a warehouse storing engine oil and vehicle tyres. (Photo by Joseph EID / AFP) (Photo by JOSEPH EID/AFP via Getty Images)

The head of Lebanon’s Red Cross, George Kettaneh, said there was no fear of another explosion as a result of the flames and said there were no injuries.

According to him, people are facing breathing problems which including shortness of breath.

Television footage showed firefighters trying to douse the blaze in an area surrounded by the mangled remains of warehouses that were destroyed in the explosion last month.

The blast was caused by a huge store of ammonium nitrate that had been kept at the port in poor condition for years. 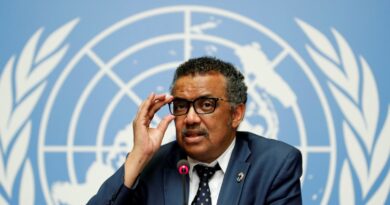 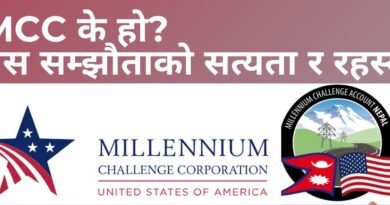